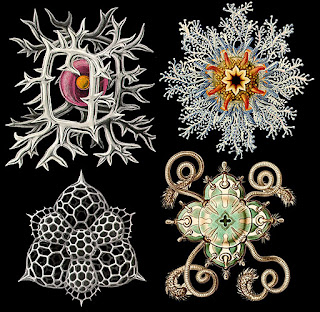 Ernst Haeckel was a turn of the century German biologist that changed the world with his scientific illustrations. Trained in many scientific fields, he not only named multitudes of species, he illustrated them as well. Wikipedia describes him as" an eminent German biologist, naturalist, philosopher, physician, professor and artist who discovered, described and named thousands of new species".  Kunstformen der Natur, "Artforms of Nature" is the book of his intricate illustrations. 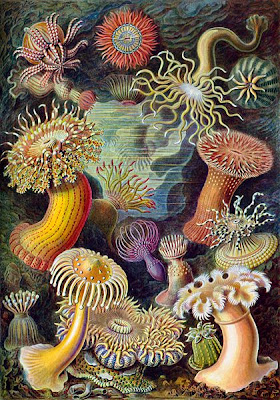 Haeckel's illustrations of invertebrates influence the design world even today. 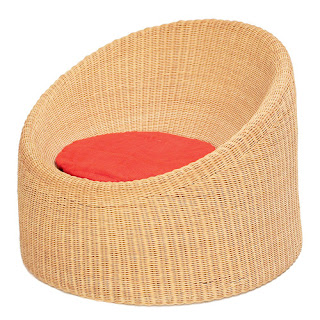 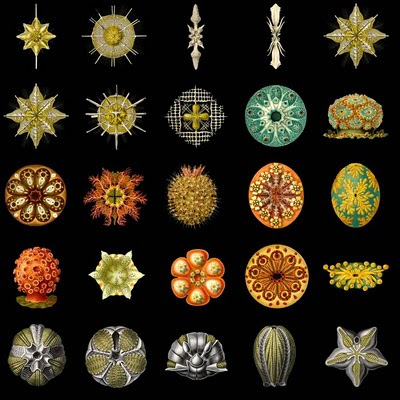 Even basic shapes are mimicked in design. 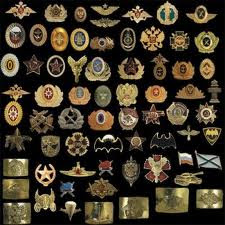 These military insignia are a perfect example of the influence of nature. 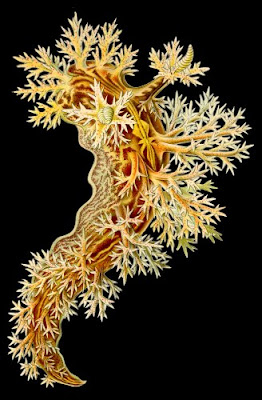 Haeckel's work, as a design element,  is still fresh... 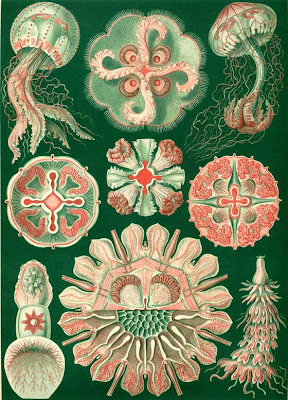 It is easy to see how rosettes and baroque scrollwork are based in  the nature that Ernst Haeckel illustrated for us. 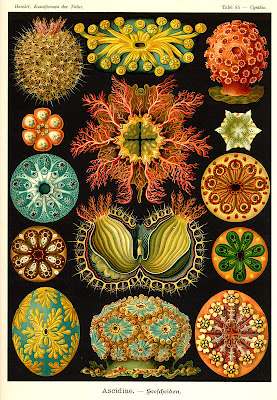 Haeckel's illustrations can be found in his original book form or through reprinted copies.
Posted by Theresa Cheek at 10:58 AM

Can you guess that I'm crazy for Haeckle?! So much so I'd wear a Haeckle tee shirt. Have a festive weekend, Theresa.
Catherine

Catherine,
I would expect no less from YOU! Enjoy the holidays.

Very interesting! Reminds me of rosettes often used as a theme for mosaic round tables.

Exactly! Haeckel's artistic interpretation of scientific subject matter is what makes them so beautiful. So many rosettes that occur in nature!

I never knew this, Theresa - thank you! It proves that Inspiration can be found in the unexpected, as evidenced by these beautiful scientific illustrations and how they've influenced design. Love the examples.

love this stuff! i painted a ceiling rosette using a medusa from one of haeckel's books. it was creepy cool.

Lynne,
I would love to see that! There is so much inspiration in his work.

Dear Theresa, Another very interesting and beautiful post. Would not have made the connection... but now that I think of it, it makes perfect sense. Thank you and Merry Christmas to you and yours.
Gina

Theresa, his work is just astounding and I love the green backgroun illustration!!

I have a new giveaway from My Sparrow, do come and enter!

I love the juxtaposition of the Haeckel illustration with the military insignias! Brilliant!

Thank you Mark. I think your blog is brilliant!

Haeckel's work is so inspiring, not just for the visual beauty, but also in how many disciplines he covered.
It's all about training our eyes and minds to see more clearly.

Succulent post, dear Theresa as always !
Have a wonderful Christmas with lots of bubbly, joy and love...
xoxo
Lala

I became obsessed with his illustrations about 4 years ago? I have about 25 copies which I framed. They are amazing aren't they?

Thank you for this absolutely most interesting post.... You have a wonderful site and I lover learning new things!!!! Great post!