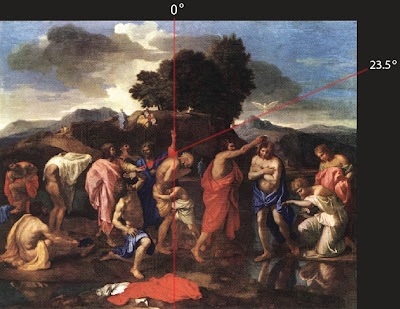 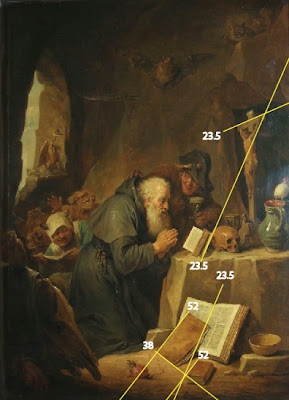 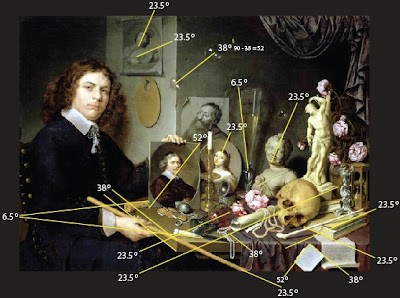 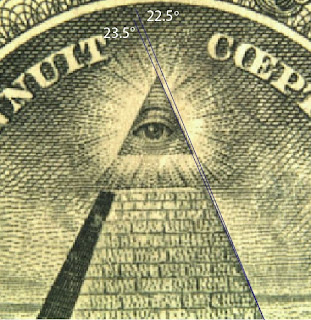 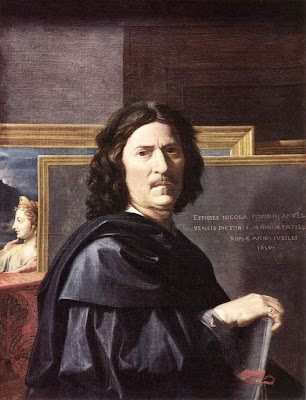 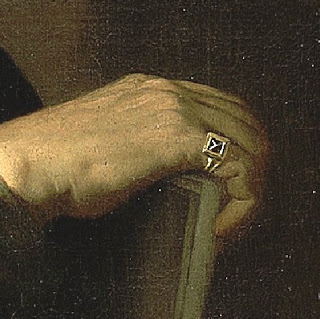 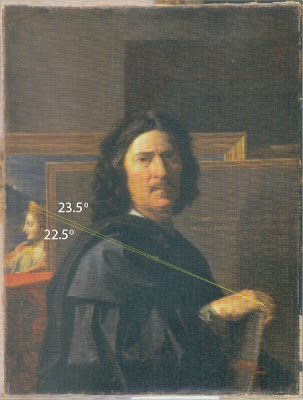 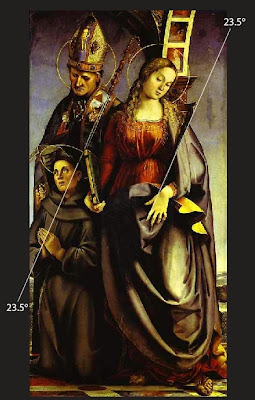 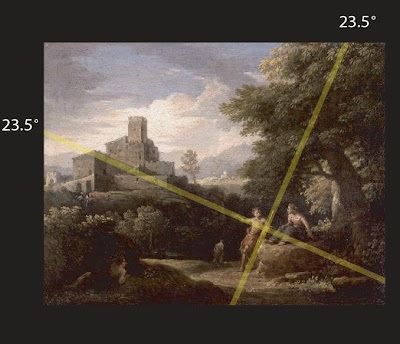 Math and art have been used for centuries to relay messages. The next time you are in a museum, consider the angles you see . What once appeared random, you now know has a deeper meaning!
Posted by Theresa Cheek at 10:32 PM

Theresa, I know about the golden means but was unaware of the 23.5 slant... and now must research it for myself.
It's interesting as I have a golden means proportional calipher, it usually confirms the spacing I've already chosen. Curious if it is true of 23.5

neato! i love math and i love symbolism. although, the first thing I think of when I hear that particular number is Freemasons. you might like this article, Theresa: http://www.freewebs.com/garyosborn/235degreereferences.htm

oh wait, duh, i didn't check your source. ha you beat me to it

Lynne-thanks for the link....the Freemasons are definitely tied into this as well.

Patrick-glad I gave you something to think about!

Lynne-that's ok. believe me, this is the dumbed down version of the whole "23.5" that is out there! So much more info to absorb.

Great explanation of a complicated matter. Art appreciation is also made of layers and layers of understanding it, after the first impression.

Like Patrick, I had never heard of the 23.5 slant. It's a fascinating posting and I'll look more into the subject, thanks to you.

Hi Theresa
I've never painted, not yet, but it's on the top 5 of my "new things to start" soon. I read all your new posts......I enjoy all.
Kathi

Kathi-
I enjoy your blog! Thanks for stopping by! :)

I can't help wondering though, if the 23.5 degree analysis is a kind of explanation-after-the-fact.

Like when Hockney 'de-mystified' Van Eyck by suggesting that he used Camera Obscura extensively. After Hockney's book came out and caused a furor, you could almost hear the collective "ahh, so *that's* the secret," as if painting is something that can be broken down into knowable chunks.

And since the Da Vinci Code it seems we all have a soft spot for the 'mystical secrets' hidden within paintings.

I mean, could it be that these artists (though no doubt familiar with the mathematical aspect of composition) simply composed intuitively, and that we are applying some sort of retrograde logic to their 'process'? I wonder if they really set about with rulers and protractors. It seems to me a very cold way of establishing a painting.

Then again, the whole step-by-step approach to Classical painting, with grisaille underpainting followed by methodical layering, seems to be an overly calculated process too in a way, yet that's exactly what they did and it produces staggering and time-tested results for sure. Maybe I'm being too pedestrian.

The composition process is something that's always been opaque to me. I tend to just throw things together in a way that I think looks nice. I know of other painters who talk about how the eye "flows" around a canvas, which is the most I've ever done in the way of structuring a painting. That's probably why it doesn't always work!

It's probably just laziness on my part, like "what, I have to go study a whole other thing now? I thought after Cézanne we could just make up our own rules." :)

Alan,
I totally considered the "after the fact" concept...but after reading volumes on this, I think there is something to it. In many allegorical paintings, a finger pointed upwards, rod or staff held by a figure, almost always is a 23.5 degree position. This is also one of the freemason's cosmic angles....it makes for a good read!

"Those who become enamored of the practice of art, without having previously applied to the diligent study of the scientific part, may be compared to mariners, who put out to sea in a ship without rudder or compass, and therefore cannot be certain of arriving at the wished-for port.
Practice must always be founded on good theory; to this Perspective is the guide and entrance, without which nothing can be well done."

... I should have added that for 'Perspective' in the quote above, you could just as easily substitute any other fundamental theory, such as the mathematical theory of composition you are proposing in your article.

That is a great quote! And so true, we must master the fundamentals before we can create any magic...follow the rules before we can break them.
I appreciate all of the input on this post!

Teresa, extremely fascinating! Regarding the after the fact thoughts; I believe there is just too much precision involved for that to be so.

I can see that you and now Lynne have both done research on this in Vanitas paintings.