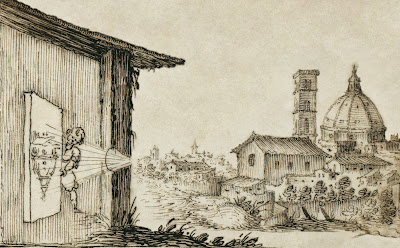 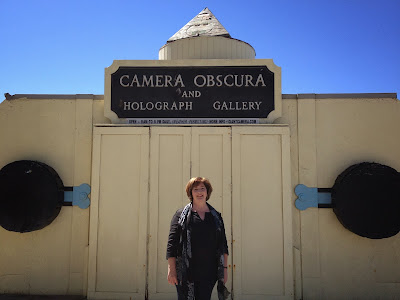 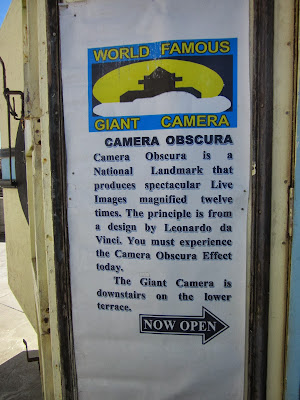 The camera was built as a tourist attraction by Floyd Jennings, a San Francisco businessman , on a cliff overlooking Seal Rocks . Life Magazine featured it in their March 1964 issue. 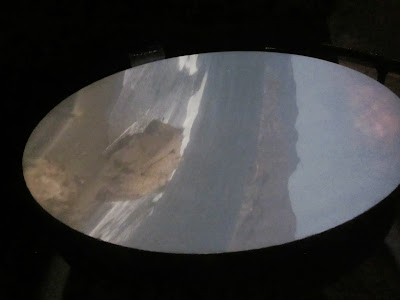 Going inside the darkened room, you are able to view the images of Seal Rocks and the surrounding area. 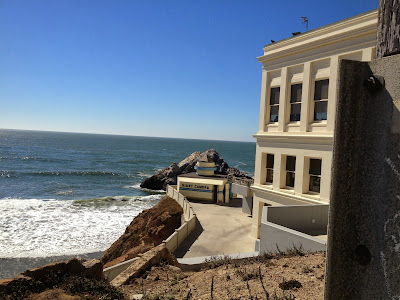 The building is located just behind the Cliff House on Ocean Beach and is a little worn for wear now.  There are no longer lines of people waiting to enter in this age of digital photography and cellphone cameras, but geeky art-minded people like me still wander in and are amazed with the simplicity and clarity of the images. 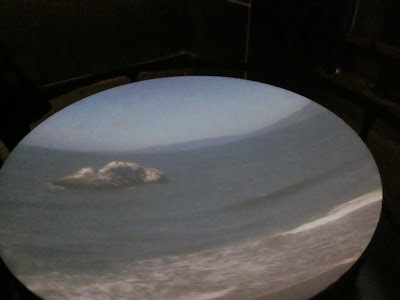 The fact that these images are in "real time" with motion of the waves and birds flying, made this a popular tourist attraction in the 1960's.

Being the geek I am , I just purchased a camera lucida, based on the early principle of the camera obscura.  This will be used for transferring images for decorative painting. If your curiosity is peaked, but don't want to spend major bucks....

Yes! There is an app for that!

Posted by Theresa Cheek at 4:13 PM

I regularly used a Camera Lucida when I was employed by an advertising art studio back in the 1970s. It was mounted over a table in a closet. Later I bought a machine that was called a LuciGraph (though I don't know if it was actually sold under that name). It was a steel contraption that with vinyl curtains, and it took up a huge portion of my kitchen space. I was happy to donate it to a school!

I am glad you found that wonderful and weird sight Theresa.
I joined a kickstarter a while ago for this http://neolucida.com/
a tiny, portable "neo-lucida" I trained in figure drawing for a long time so I am not sure I'll use it, but I think it's cool.

Oh, how many times such a wonderful contraption would have been welcome. I'm thinking of Putti floating through the sky in my dining room.
Theresa, I look forward to what will come forth from your studio. Your new camera could not have found a better home. ox, Gina

Mark- I still have an opaque projector!

Gina-Thank you for the kind comments. You should get a lucida!

Nice post Theresa, thank you! I visited a camera oscura building in Greenport ( Long Island) a few hers ago, that was a fascinating experience. Did you try your camera lucida?
I will check out the app.

Hello Pascal,
I just got the camera lucida and am still learning how to use it. I also got the app for my phone, it has grids to help with transfers and good sepia and tone options.

Theresa, there is a working camera obscura in Edinburgh, Scotland the view is of people scurrying around the castle parade grounds. My Mum and I were there for hours, the whole museum is dedicated to optical illusion.