Last week, I went to the SFMOMA to view the Gertrude and Leo Stein collection. (no photography allowed-boo!) While there though, I caught some of their permanent collection including the exhibit "Selected Histories"-Key Moments in 20th century art. 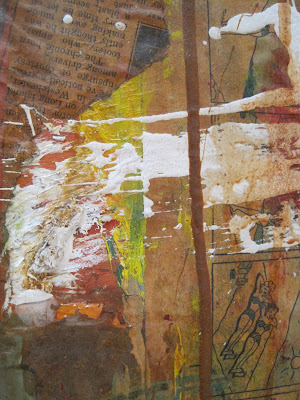 Rauschenberg
A "combine" painting is an artwork that incorporates various objects into a painted canvas surface, creating a sort of hybrid between painting and sculpture. Items attached to paintings might include photographic images, clothing, newspaper clippings, ephemera or any other number of three-dimensional objects.-wikipedia 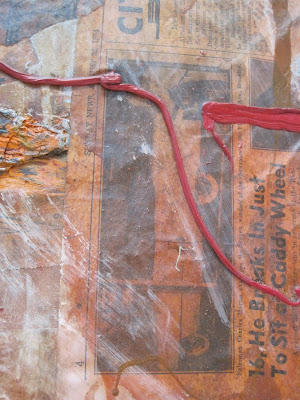 Rauschenberg
Photography was allowed in this exhibit so, I merrily clicked away images of the 20th century artists such as Picasso, Braque, Matisse, Diego Rivera and other contemporaries. 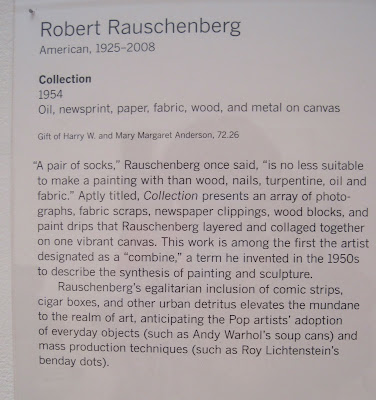 Rauschenberg is best know for his "combines"... 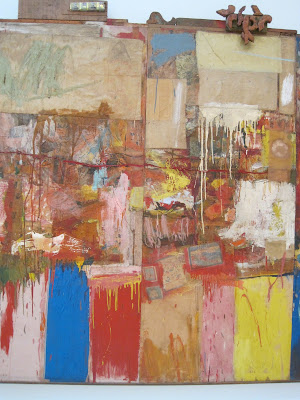 Rauschenberg
Collages held together with dripping paint, string, newspaper clippings and found objects, but Rauschenberg was not the only one using "sculptural" objects on canvas. 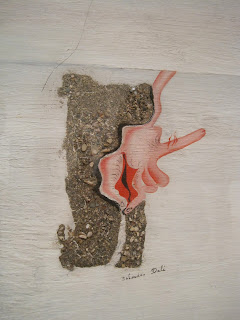 In Unsatisfied Desires, Salador Dali uses micro sea shells and sand on cardboard along with a thick layering of oil paint. 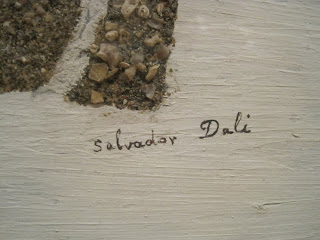 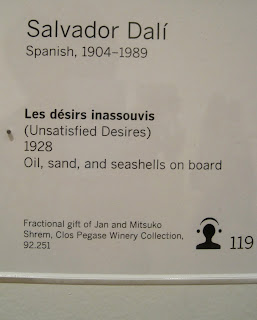 Jasper Johns energetically built layers on his canvases as well.. 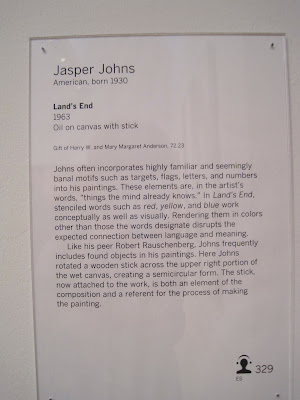 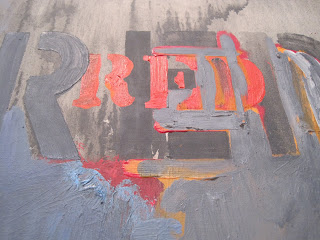 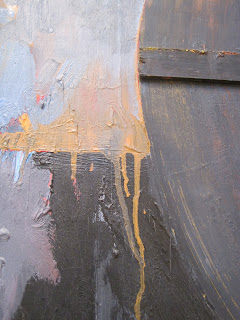 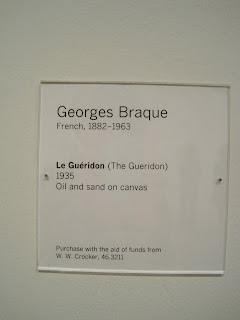 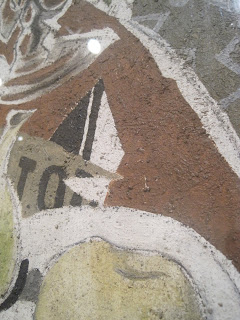 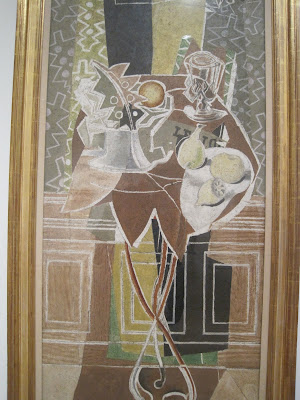 When approaching a new project, don't limit yourself to just paint and canvas! Creativity can be found inside the frames on the walls of museums. 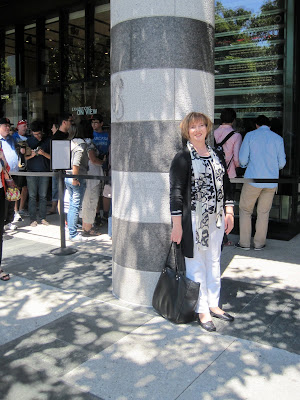 yum, some of my favorite painters

Hi, Theresa - My appreciation for Braque was greatly enhanced when I saw his work in person at the new wing of the National Gallery. So often reproductions of his work loose that texture, which was integral to his paintings richness. After seeing what Braque did, I started mixing sand with paint, too, and really liked the results.

Robert Rauschenberg is one of my favorite artists. Have you ever heard what has become of the gallery owner who stole Rauschenberg's trash and sold it? A suit was filed shortly before his death.

Mark- Knew you were cool...just didn't know how much! I like adding sand to paint as well.

Merisi-almost forgot about that....I will check on it.

You've just about covered all of my favorite modern artists. (Did I say modern?) Hello, Theresa! You were smart to visit San Fran during this horrendous heat wave. It feels like it will never end, but did you notice the light beginning to change? Ahh, relief in site.
Happy weekend to ya -
Catherine

You show very interesting and different things. I like you blog, kind regards from Argentina.