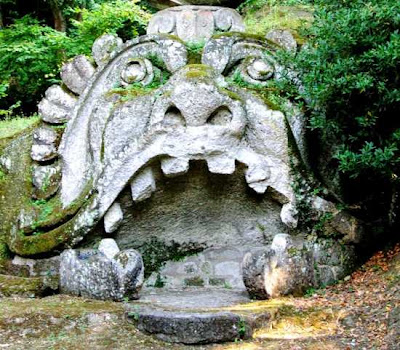 
The Park of the Monsters, or "Parco dei Mostri," in the Garden of Bomarzo was not meant to be pretty. Commissioned in 1552 by Prince Pier Francesco Orsini, it was an expression of grief designed to shock.
The Prince, also known as Vicino, had just been through a brutal war, had his friend killed, been held for ransom for years, and come home only to have his beloved wife die. Racked with grief, the Prince wanted to create a shocking "Villa of Wonders" and hired architect Pirro Ligorio to help him do so. (source) 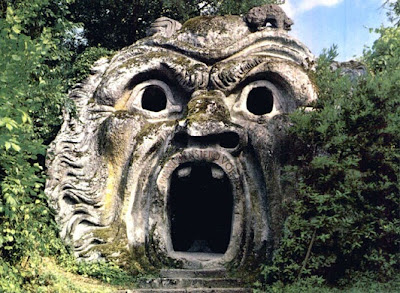 Salvador Dali visited the park and loved it He was so inspired, he shot a short film there, and the sculptures inspired his 1946 painting The Temptation of Saint Anthony. Jean Cocteau was also a fan of the park. Other artists followed, and a novel, libretto, and opera have all been based on the park.
When you visit the park and enter the "Mouth of Hell", there is a tongue upon which stands a picnic table and seating for a small group! (source) 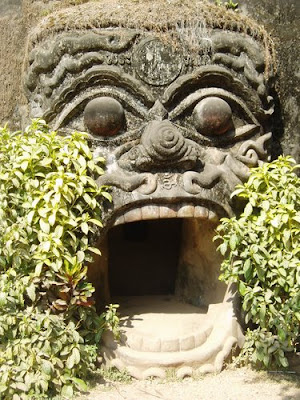 Orsini was probably influenced by earlier works from temples, such as this one in Vietnam. 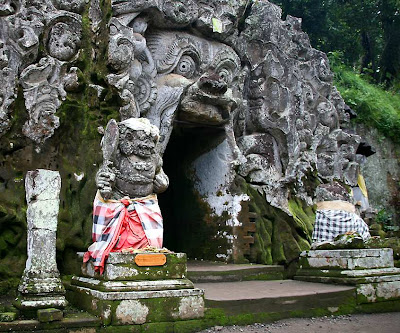 source
Or this Elephant Cave, a Hindu temple dating back to the 11th c. in Indonesia. 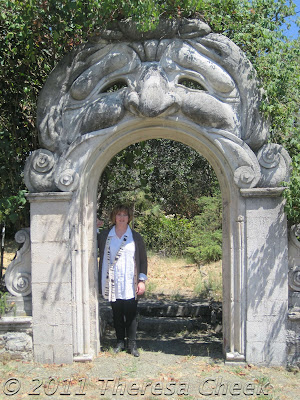 When I visited Carlo Marchiori's "Ca'toga", he has two monster gates that he constructed himself! 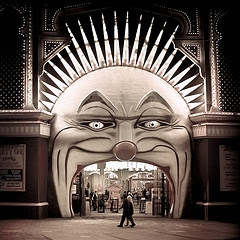 Here is a modern monster gate with clown features for a circus. 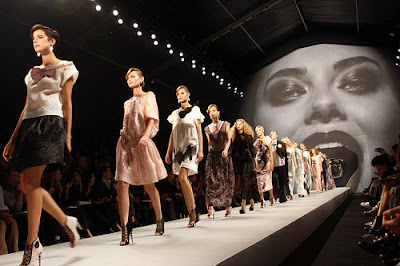 And when you see some modern interpretation and others think how clever they were, you will know the origins of their ideas!

Posted by Theresa Cheek at 8:46 AM

Thank you for this wonderful lesson!
Hugs,
Merisi

Teresa I love the image of you at the gate. Amazing works. I can imagine Picasso loving this as well.

It's so interesting to see all the cross-cultural versions of these doorways (I wouldn't be surprised if they've shown up in Disney movies, too)! One of these days I do want to get out to Carlo Marchiori's Ca'toga.

There's a good tablecloth story waiting for you in my comment box. You've got the eye, girl!
Catherine

Theresa, i'm very curious to experience a picnic right into the mouth of hell...pondering about what kind of food to bring ! :-)
Have a great week end.....
Lala

These pictures are wonderful. I love the runway connection as well. Informative and beautiful. Thanks for sharing!