My Mentors...Kelly Fearing and Gibbs Milliken 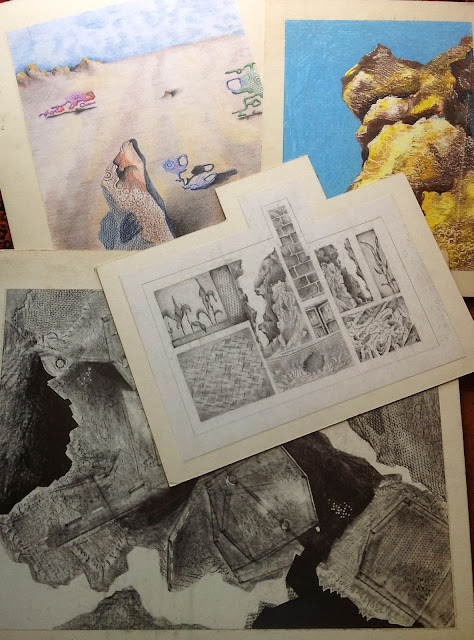 Did you ever feel like a square peg in a round hole? Most artists do growing up.

Attending college at the University of Texas was an eye opener for me! There, I found my niche. 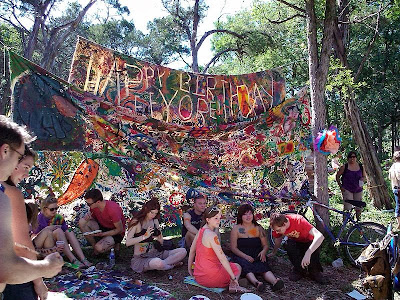 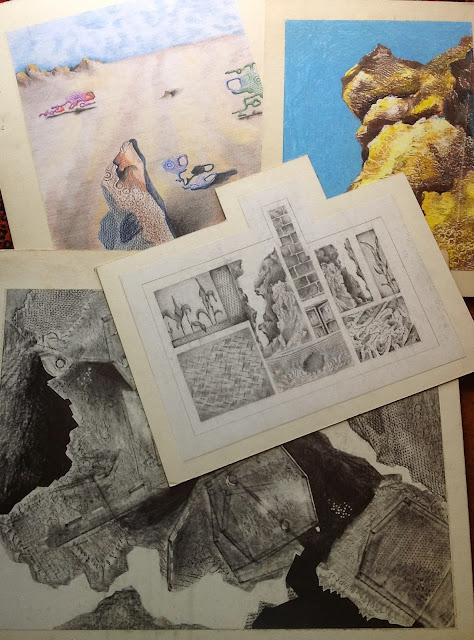 I was introduced to graphite powder, texture boards, gouache, silverpoint and so much more. I made collages from textures of wood, woven bamboo, even my artist smock was morphed into rock-like formations. 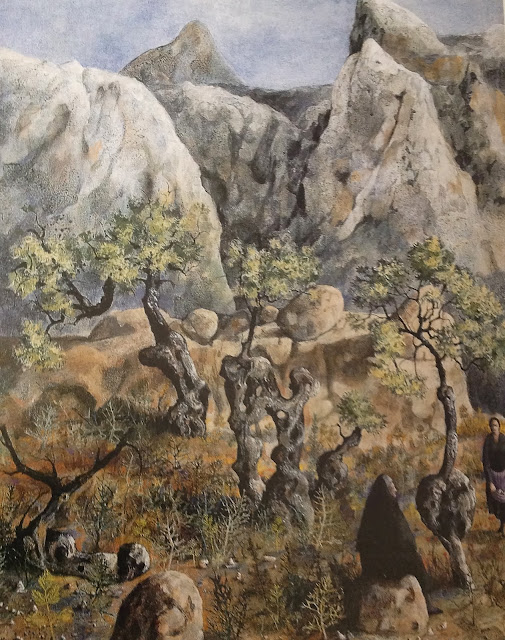 source
Kelly Fearing showed me a world of alien landscapes made of layers of texture. He had me create countless texture boards from onion bags, screen netting, the end of bamboo paintbrush and other items pressed into texture medium. 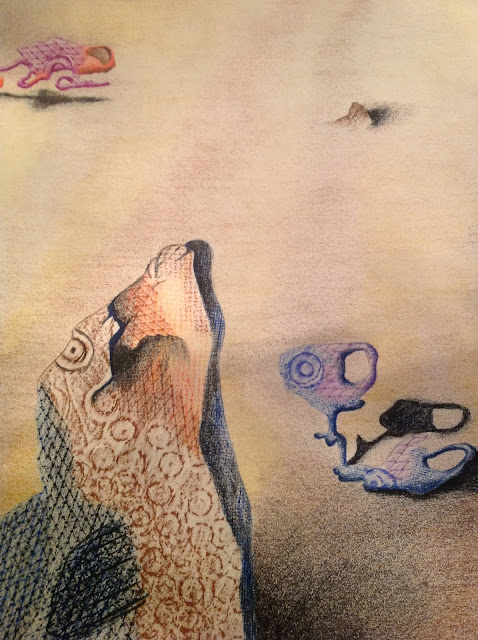 I learned old school....no cell phone, computer, pinterest or facebook for inspiration.  Paper was placed over the texture boards and rubbed with Pentel "japanese crayons" and graphite sticks. 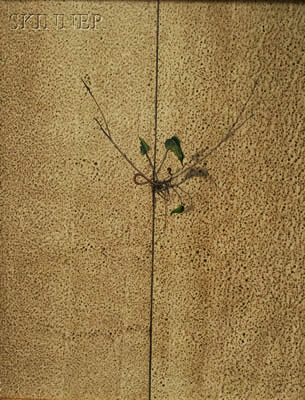 Gibbs Milliken was my life drawing professor for two years. He influenced me with his simple paintings of weeds growing in cracks in the sidewalk and feathers hanging from a string. 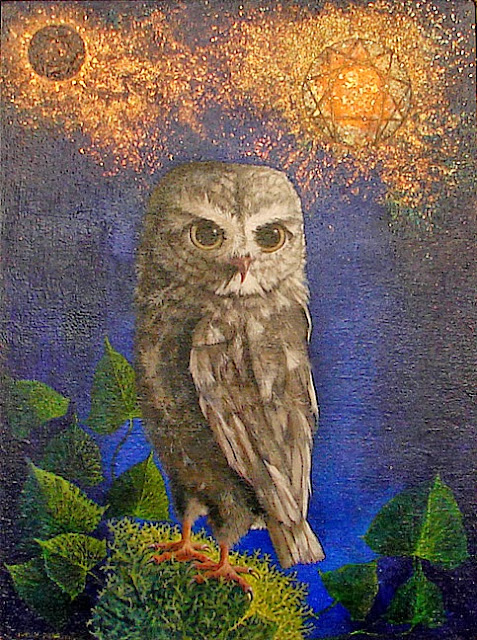 This is acrylic and gold leaf on linen done by Kelly Fearing in 1968.  It is as relevant today as it was in 1968 because he understood the medium and how to manipulate it. I was educated to explore mediums and understand their properties, not to use a "kit"approach and then be frustrated when something goes wrong. 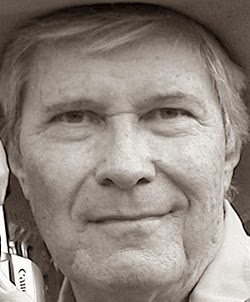 source
Gibbs Milliken carved an ink quill for me from a yucca plant, he had learned the technique from native americans and how the yucca stem is absorbent. I still have it and treasure it. He taught me to loosen up with my drawing and to never let a project become "work". 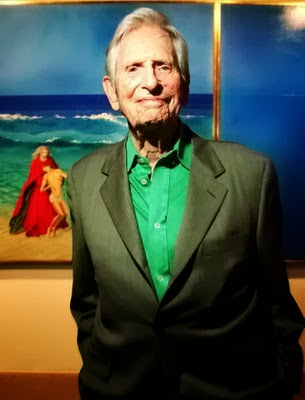 Kelly Fearing showed me there is art in everything and gave me his passion for color.
Without these two men, I would not be who I am today. Who's mentoring you? 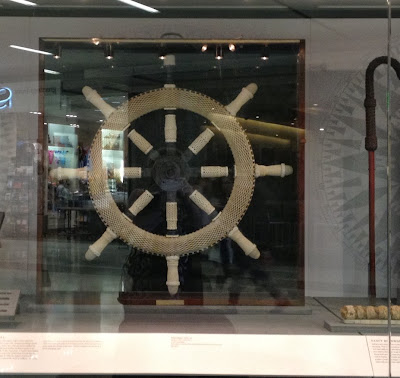 I love the San Francisco airport...they often have mini exhibits to view while waiting to board a plane. 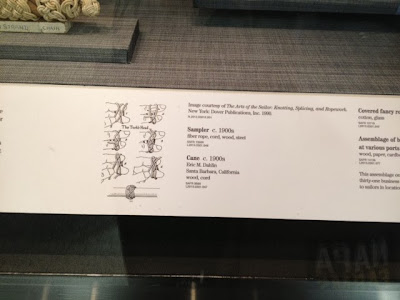 Imagine my surprise when I saw this exhibit on sailor knotting ! I had seen one of the finest examples of knotting  a few weeks prior to this trip and it had stayed on my mind. 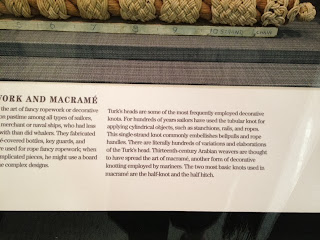 While on ships, sailors got creative with their spare time and developed the art of macramé into an art form. 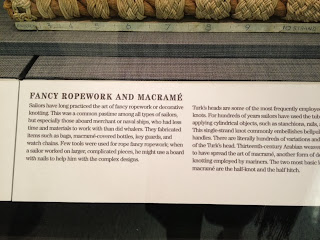 They would tie the knots over wine bottles, boxes and even the ship's wheel! 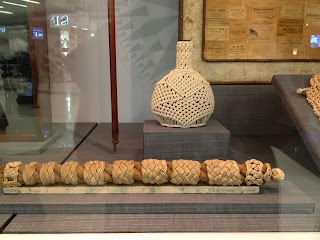 Although they had some great examples, none compared with the jug I had seen earlier. 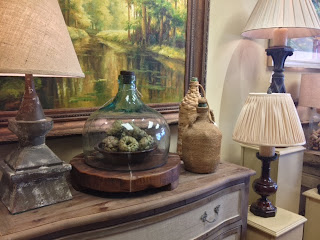 It was in a lamp shop in Little Rock , Arkansas...Lamp Shades Etc.  Those teeny knots called to me from across the room. 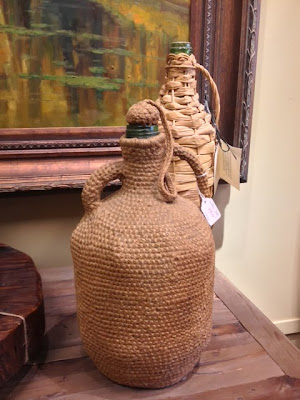 Have you ever seen a more exquisite example of sailor knotting? Even the lid has a cap! I swooned! The price was a little out of my budget, but I am optimistic about finding another one in my future. Never underestimate a woman on a mission! I'll let you know if I find another treasure...!
Posted by Theresa Cheek at 8:19 PM 3 comments: