Where is the Door?

Last year, I had a job on a large estate....at the end of one of the many hallways was this bookcase. 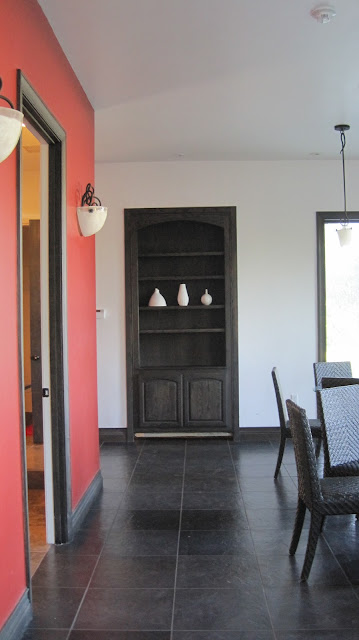 After a few days of work, I discovered this was not just a bookcase, but an entrance to the wine cellar! 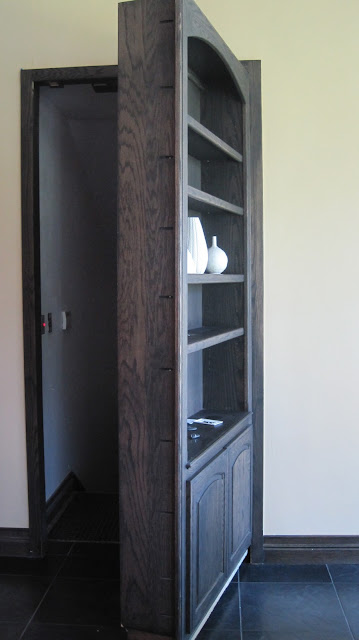 Sometimes, having an obvious door breaks up a composition or detracts from the overall room atmosphere. 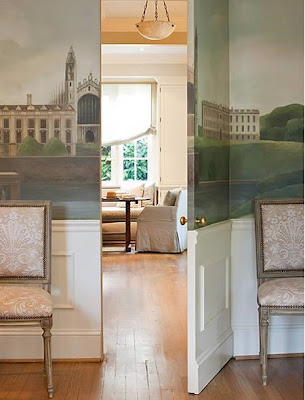 Especially when murals are involved, a door can ruin the flow of the scene. 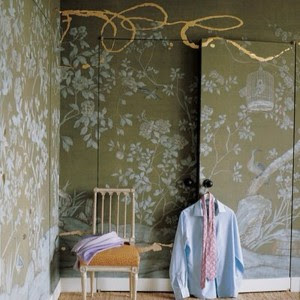 Continuing the design over the door allows the space to tell a complete story without any distractions... 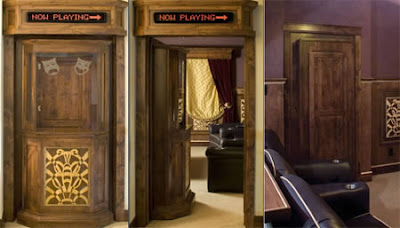 Sometimes, it adds a little drama and mystery when the door is not obvious at first glance. 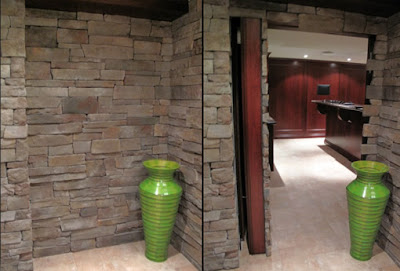 Keep this in mind when decorating. Sometimes it is better to hide the door within the room's composition. Hidden doors can be very dramatic!
Posted by Theresa Cheek at 8:40 PM 3 comments:

When White is Right... 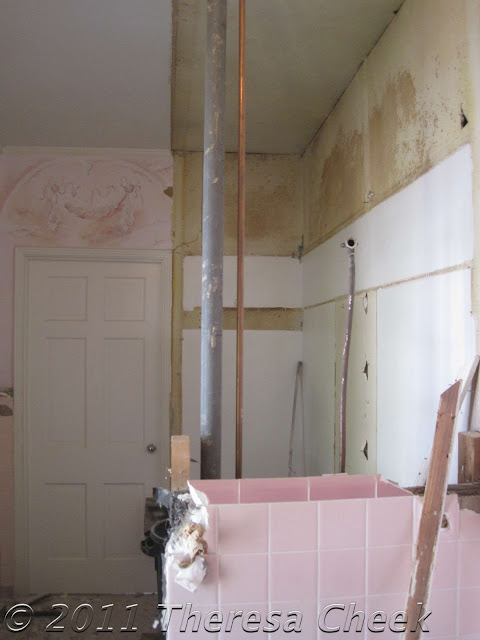 One of my best clients decided to update their master bathroom. 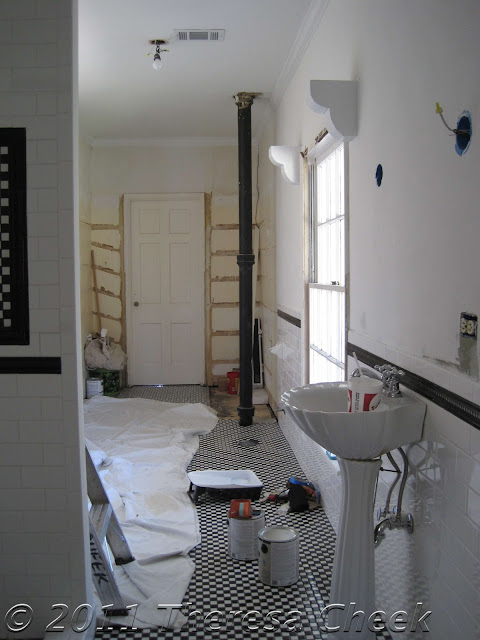 They decided to go with a cleaner look and get rid of the original 1920's pink tile. A palette of classic black and white was chosen. 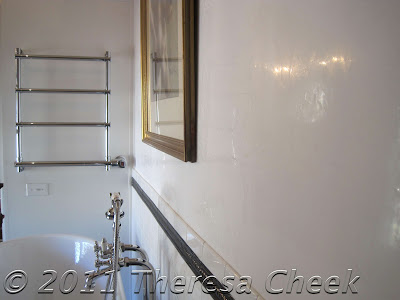 After the crew finished installing the new floor and half tiled walls, I came in and plastered the upper walls with a finish of smooth, clean white plaster . 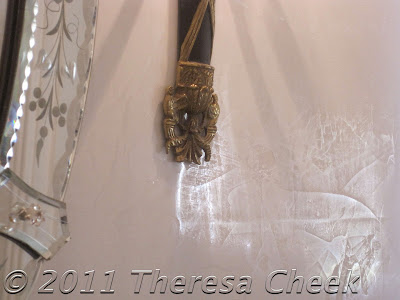 The galley space now has an open feel, due to the white walls and ceiling. Using plaster instead of paint added richness to her neo- classical elements. 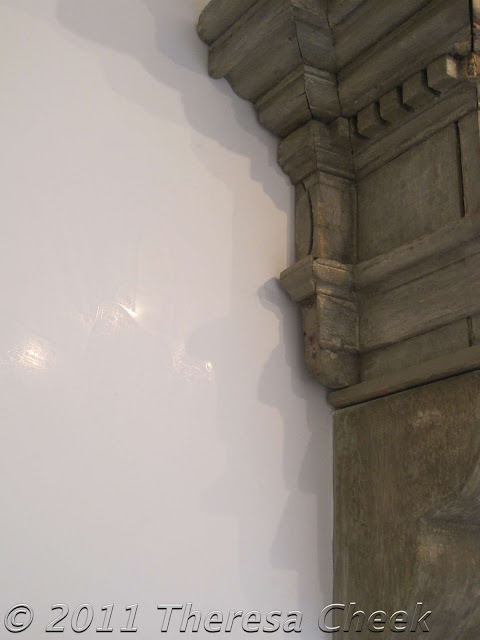 I love the juxtaposition of the smooth polished plaster against salvaged wood. The architectural pediment was made into a window treatment. 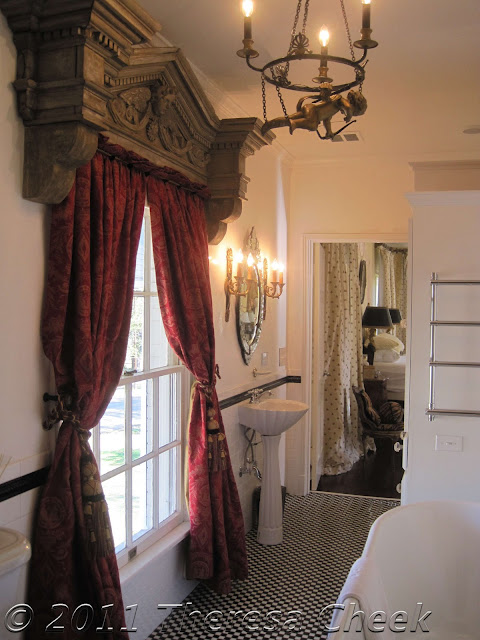 Voila! This bathroom still acknowledges the age and style of the home, but now offers  better use of space and design. 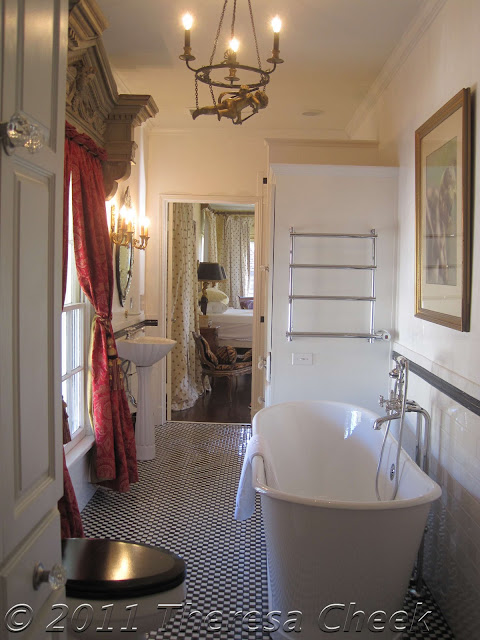 It's all in the fold! 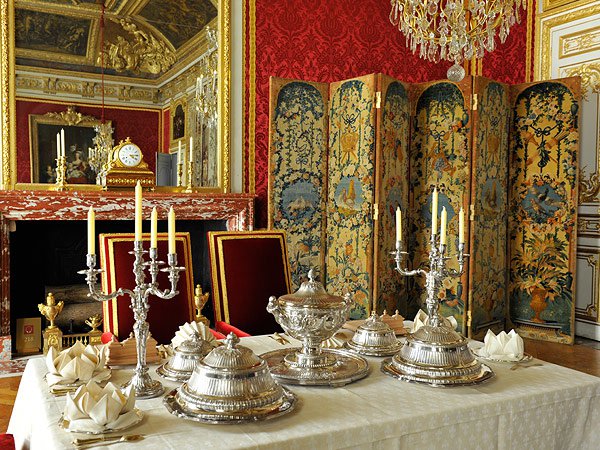 In the chateau de Versailles, there is the salon of the Grand Couvert, part of the Queen's grand apartment(dining area for Marie Antoinette). 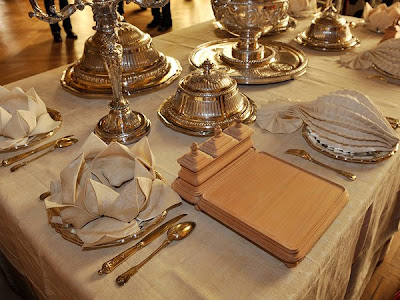 The rooms are very ornate , but those folded napkins are just amazing! 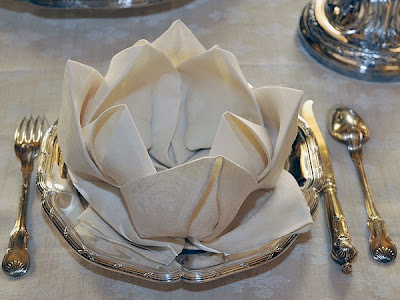 The lotus blossom is so exquisite....representing a time when meals were a ritual with much attention to detail. 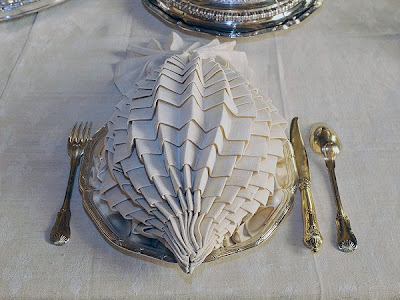 No fast food foam cartons here! Just the lovely details of a formal dinner....tines down, of course! I urge you to slow down this week and enjoy a special meal. Buy some flowers, light a candle and fold your linen napkins in a clever shape! Remember, it is the celebration of the small things in daily life that really matter! 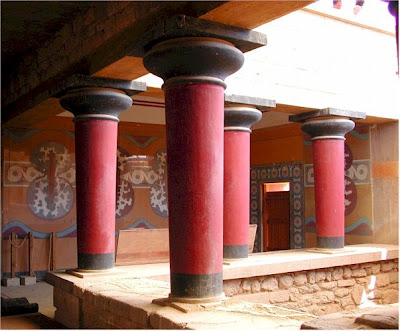 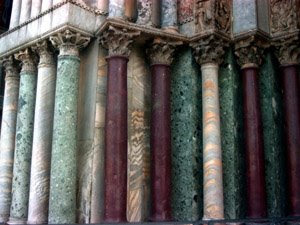 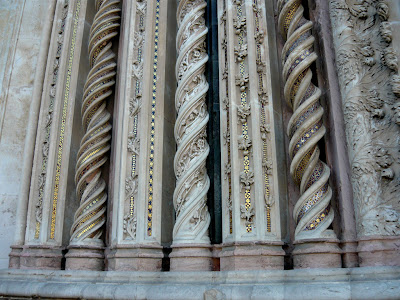 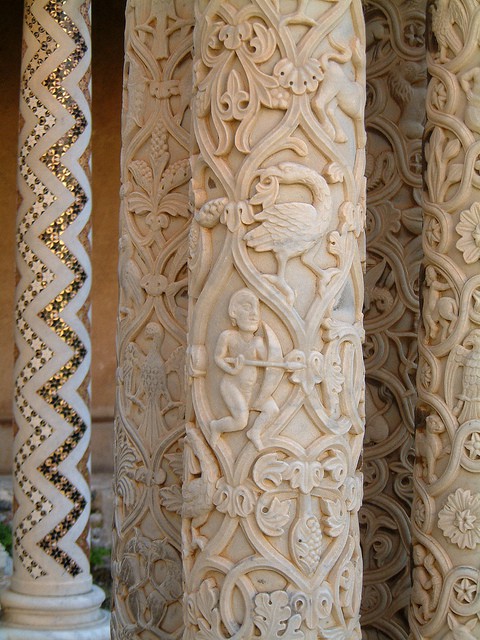 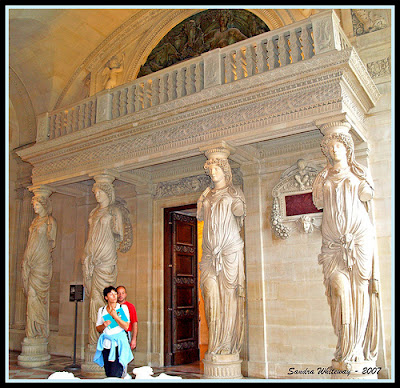 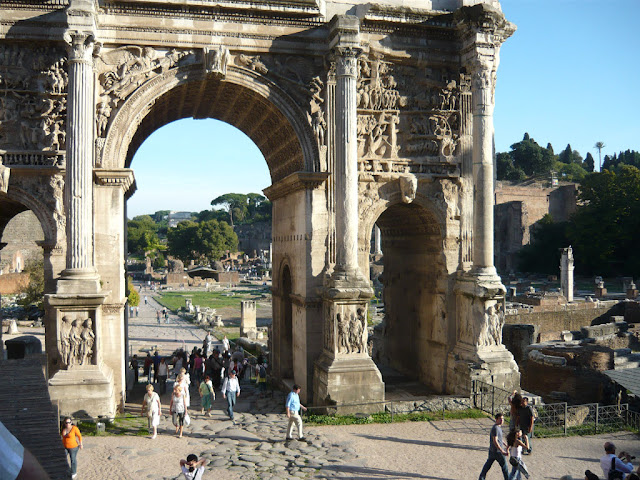 Math and art once again, provide the pleasing proportion that Follet wrote about. Simple or adorned, these pillars of the earth are all works of art!
Posted by Theresa Cheek at 3:02 PM 4 comments: