The Romanian castle Peles has 160 rooms...and each room was decorated to reflect a different European country. 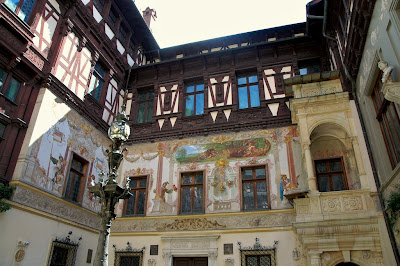 flickr-sincretic
The exterior is in the German neo-Renaissance style with rich, darkly carved wood, spires and murals in the inner courtyard. (source) 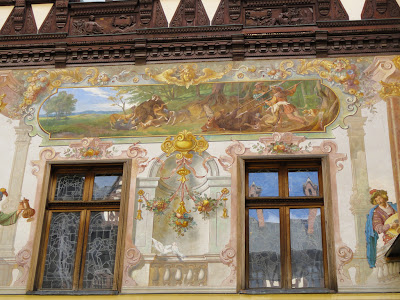 Flickr-Espino Family
Built for King Carol I, this was the first castle in Europe to have central heating and electricity. 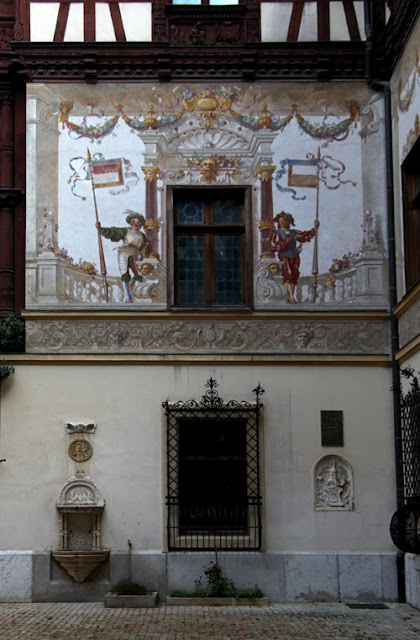 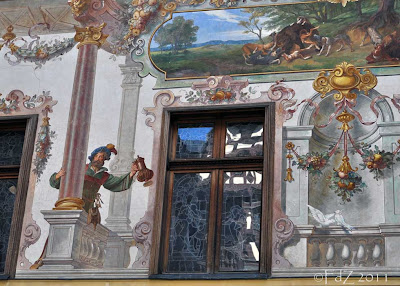 source
Between three and four hundred men worked on the construction .With Queen Elizabeth of the Romanians being a patron of the arts , detail was not spared on the exterior as well as the interior. 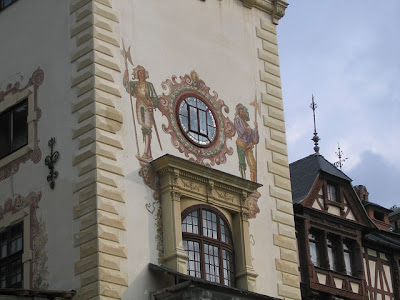 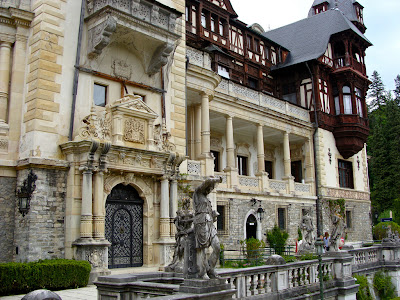 A quote from Queen Elizabeth of the Romanians during construction helps define the architectural style-Italians were masons, Romanians were building terraces, the Gypsies were coolies. Albanians and Greeks worked in stone, Germans and Hungarians were carpenters. Turks were burning brick. Engineers were Polish and the stone carvers were Czech. The Frenchmen were drawing, the Englishmen were measuring, and so was then when you could see hundreds of national costumes and fourteen languages in which they spoke, sang, cursed and quarreled in all dialects and tones, a joyful mix of men, horses, cart oxen and domestic buffaloes. 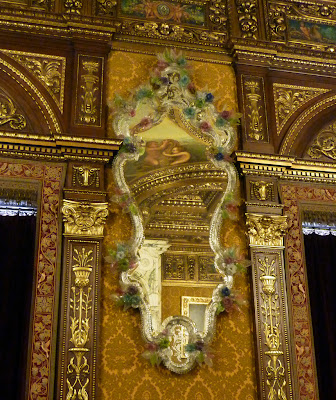 flickr-John Connell
If you can get past the exterior, check out the inside. Beautiful gilding, and mural work along with ornate carved wood fill every corner of the walls. 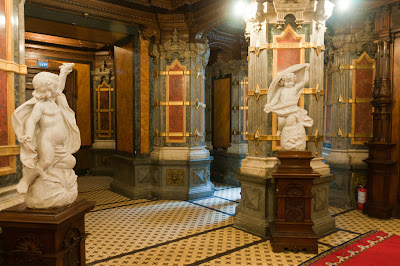 flickr-madgrin
And if you can't get there in person-check out this youTube video!

Posted by Theresa Cheek at 9:00 PM

Hi, Theresa! Your posting has given me some new ideas for the outside of my house, and just when I thought I was all finished! I really like the look of the trompe l'oeil quoining, and I might try it somewhere on my place!

I've got my eye on some of the work also. It is a nice example of ornament and trompe.

Theresa how stunning with art everywhere your eye wanders! I love the paragraph of the men from so many countries working together on this gigantic feat!