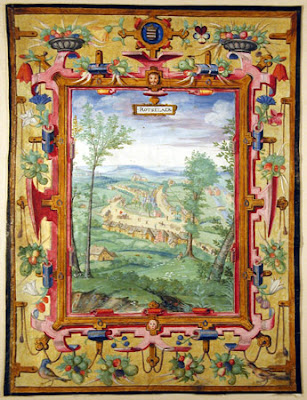 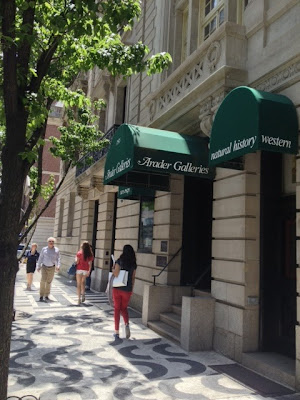 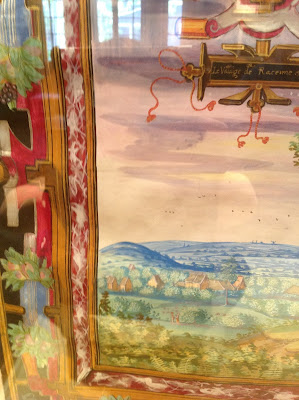 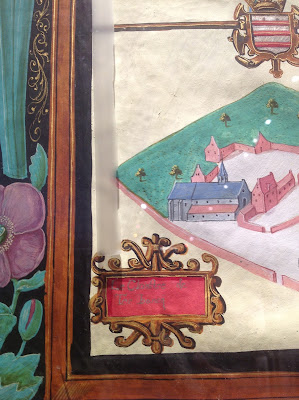 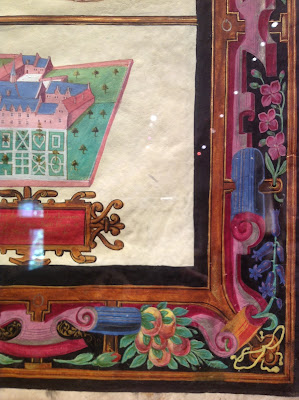 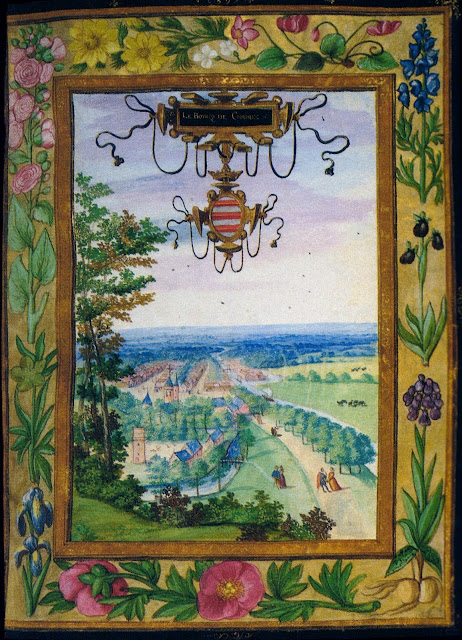 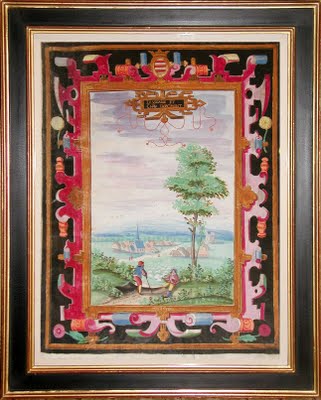 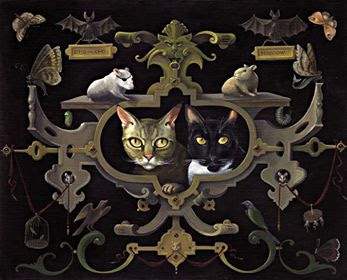 Work by Adrian Card
If you have a similar love of strap work, contemporary decorative artist Adrian Card will be teaching a three day class on it in San Francisco at Lynne Rutter's studio in September. I will be there and hope to meet other like minded decorative enthusiasts! Details on Adrian's class are here.
Posted by Theresa Cheek at 7:26 PM

I've always loved strap work, too, but never knew the proper term for it! Now that I know it's dervied from leather, it makess perfect sense — thanks for a great posting and a new perspective!

fab post! I was unfamiliar with Montigny. and I love the idea of a landscape in a strapwork border.

Lynne-can't wait to visit your studio for the strapwork class!

Dear Theresa, Hope you will post your work after you attend this most fascinating workshop.
ox, Gina

Fantastic post! This style is new to me so I am so excited to learn more. See you at Lynne's Theresa!